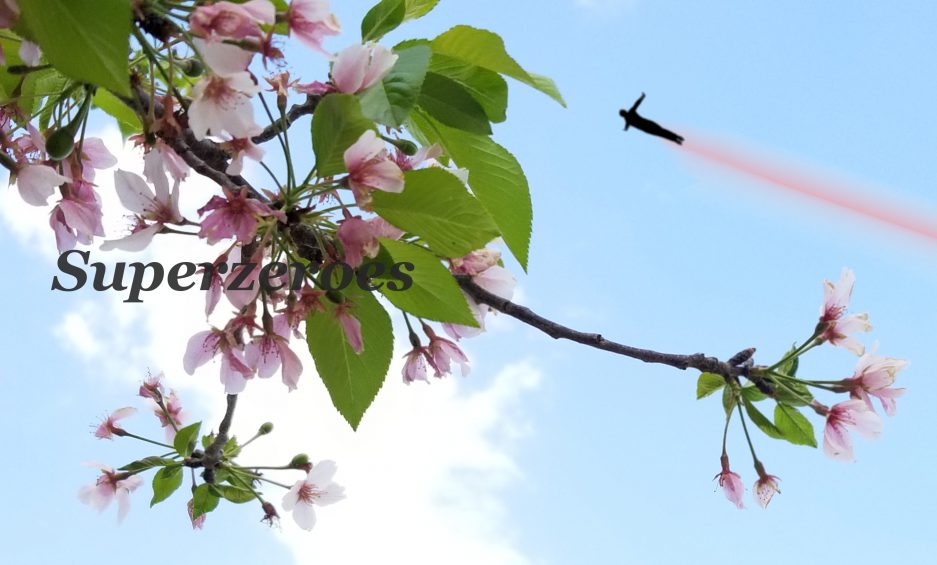 Jude sighed. It’d definitely been nice having someone around the house that could actually leave at will, but that didn’t really make it any less boring for him. He had even decided to look through everything Arte had about her friend, Ash, since she’d come all this way, but she seemed to have been very thorough. Even devoting hours to it, Jude hadn’t been able to uncover anything. Jude remembered when he’d lost Paul because of Jamal, and that was one of the most painful moments of his life. He couldn’t imagine not being able to do anything about it.

He remembered what he was supposed to be doing. He’d come outside to meditate, not to dig up bad memories. This was new to him, and the website said it would probably take a while to get decent at it. He definitely felt like floating twenty feet in the air helped. He figured that since it was night none of the neighbors would see and do something like call the police. That was definitely the last thing he needed right now.

He heard a door open, and opened his eyes. He saw that it was just Zoey, and decided to continue. He wasn’t really feeling like talking to anyone right now, so he figured he’d just stay where he was and act like he hadn’t noticed.

He closed his eyes again and brought his mind back to meditation. He wondered what Arte would do if they actually found Ashley. He assumed she would leave, given that was the only reason she sought him out. He hoped they’d stay friends at least. He wondered if she was single. He definitely didn’t want to go putting moves on someone he lived with, that couldn’t possibly end well, but it didn’t stop him from wondering.

At this point Jude swore it sounded like Zoey was throwing something. He looked over, and sure enough she was throwing some kind of ball that disintegrated into powder. That was most certainly strange. He considered popping over and getting a closer look. He didn’t even need to reveal himself, if he didn’t want to. That idea was quickly thrown out once he remembered what it would definitely look like if he got caught.

He closed his eyes again, and began to reflect on his day. He got up at around noon, ate some lunch, did some poking around on the internet for anything about missing people to see if it could be related. Interestingly there was actually another employee from Ash’s company that had also gone missing, but they’ve been missing for longer than her. When he raised it to Arte, she said that she already followed that lead and it wasn’t any more hopeful than the last. After that he ate again and watched some tv. He figured he really needed to start exercising again. It would look pretty bad if he got called out to a mission, and was so out of shape that he couldn’t keep up. He probably wouldn’t get called out again if that happened. Then again, he was doubtful he was even going to get called out in the first place. Maybe they’d call him out if some kind of world ending threat presented itself. He really wouldn’t want that though, because he hadn’t actually fought much of anyone who didn’t just immediately give up.

Jude could stand it no more. He floated over towards the Rodriguez’s house to see if he could figure out what Zoey was throwing. Whatever it was, she certainly had a lot of it, and she wasn’t slowing down.

She had a tee-ball setup towards the back of the yard. She was standing about as far as she could and trying to hit it, but whatever she was throwing seemed to fall apart before it reached it. He looked around for some kind of bucket or something for her to be pulling from, but didn’t see any. She seemed to produce it herself, whatever it was. He reasoned that she must have powers.

He wondered what kind of odds that was, for the government to move a bunch of supers into a house next to a teenager with superpowers. It had to be at least improbable. He figured he should go talk to Arte about this. He knew he should at least talk to Zoey about this, but he also wasn’t sure how he felt about bringing a kid into the fold. Especially when they already had someone with the freedom to leave, who also had superpowers. He definitely didn’t want to report Zoey to the government. He didn’t want to see her life get upended, after all.

He carefully hovered back down to his patio, and decided to see if he could talk to Zoey, without looking like he was staring down from above this whole time. He opened and closed the door to the house fairly loudly and made his way into the yard. He meandered around the yard, like he was looking for the source of the noise. As he made his way into the yard, Zoey went for the door to her house. He didn’t say anything, but they definitely made eye contact.

He made his way back inside, and found Arte sitting at her desk. Jude told her she could use Paul’s computer, and figured he wouldn’t mind.

“Hey, Arte. You busy?” He leaned in the open doorway.

“Oh, no. Not really. I was just looking to see if I could find anything on that other guy that worked at the same place as Ash, but I couldn’t really.”

“Oh well. Sorry about that.” Jude and Arte both nodded silently for a moment. “Uh, anyways, found out something interesting. I think-” Jude was cut off by a crash and the sound of breaking glass.

A man clad in all black burst through the window, carrying a large gun. Jude blasted him out of the way but he was replaced by three more. The men were all barking orders which Jude couldn’t understand, Arte was screaming, and Jude felt like he was having a heart attack. He wasn’t sure what to do. Was this the police? Were these thugs? What were they saying? His ears began to ring.

Wrote this a while ago, but I’ll take this opportunity to remind you that Black Lives still matter even if it’s not plastered on your twitter feed.